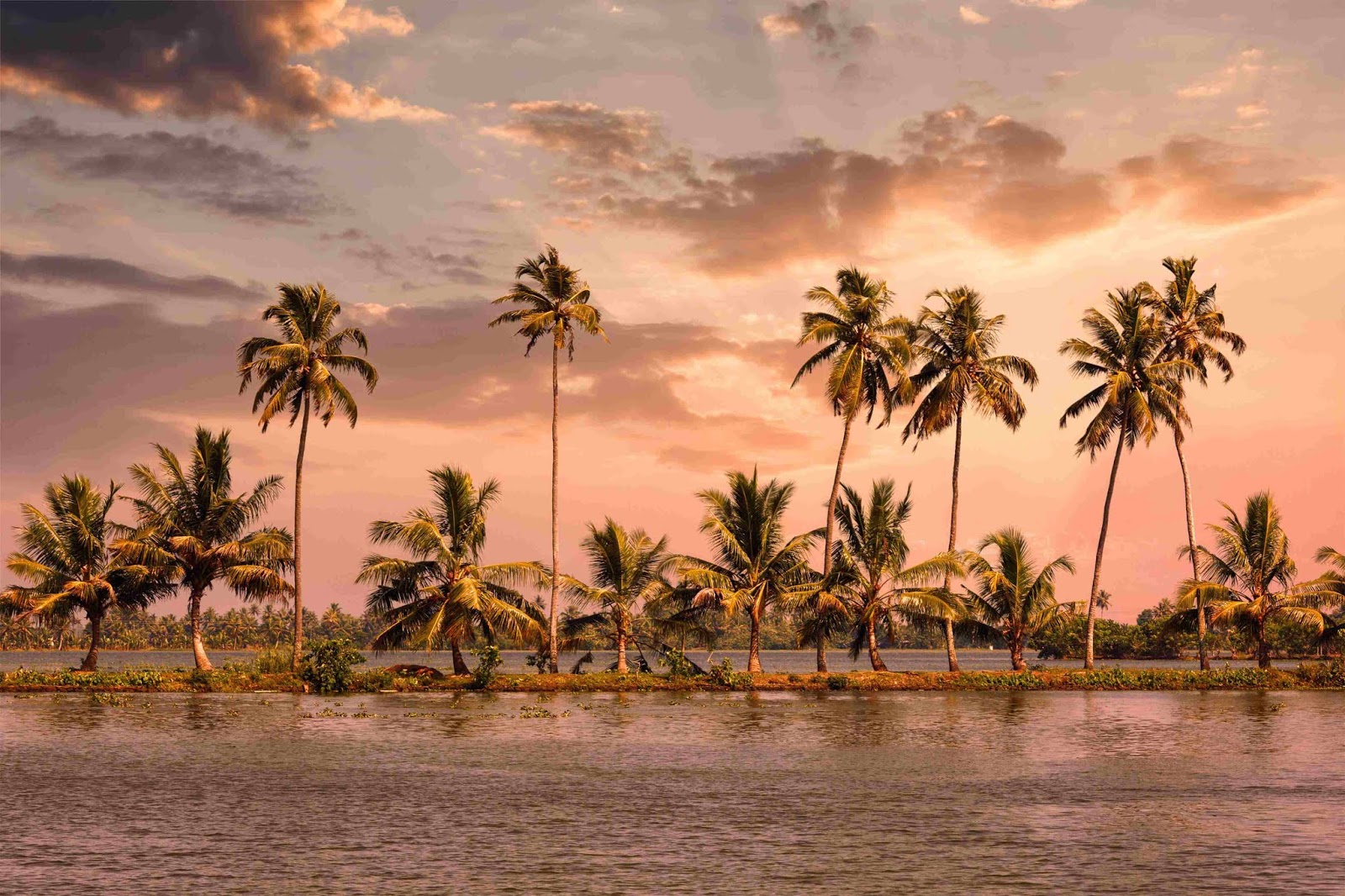 Kerala was historically name as keralam which is located in south india on malabar coast. Kerala is also known as” God’s own country”.  kerala have literacy rate of 94%. Kerala is especially famous for its ecotourism initiatives and beautiful back waters.

kerala have its  unique culture and traditions, combined with its varied demography, and have made Kerala one of the most popular tourist destinations in the world.

Best time to visit: From january to march and from August to december 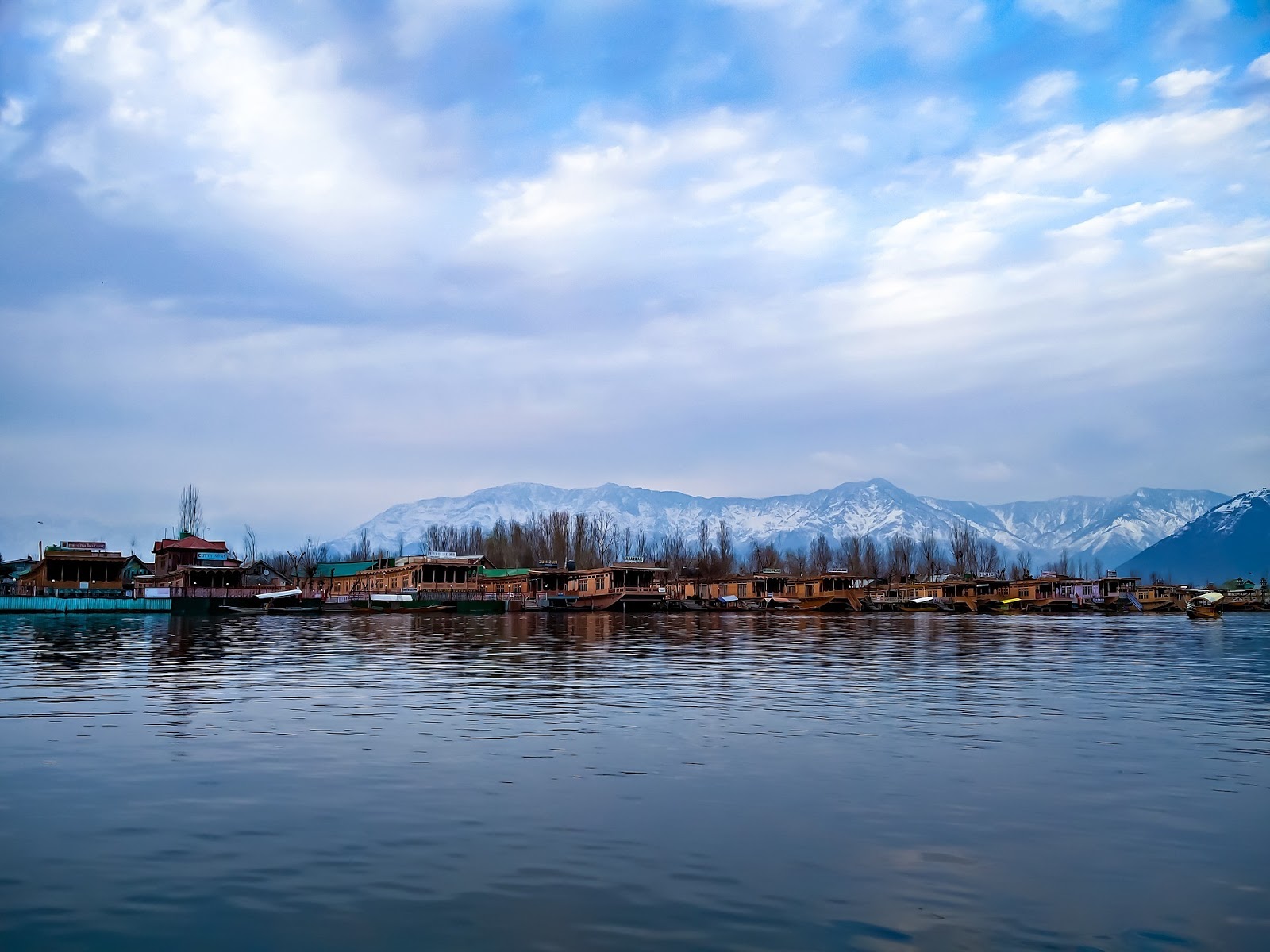 sri nagar which is also known as “heaven on earth”. Srinagar is the largest city and the summer capital of indian state jammu and Kashmir and it lies in srinagar district.  The city is known for its natural beauty, gardens and houseboats. Srinagar is dotted with lakes and beautiful gardens.

With the sun kissed peaks of the mountains in the backdrop and the peaceful waters of the lakes, Srinagar is a paradise on the planet. 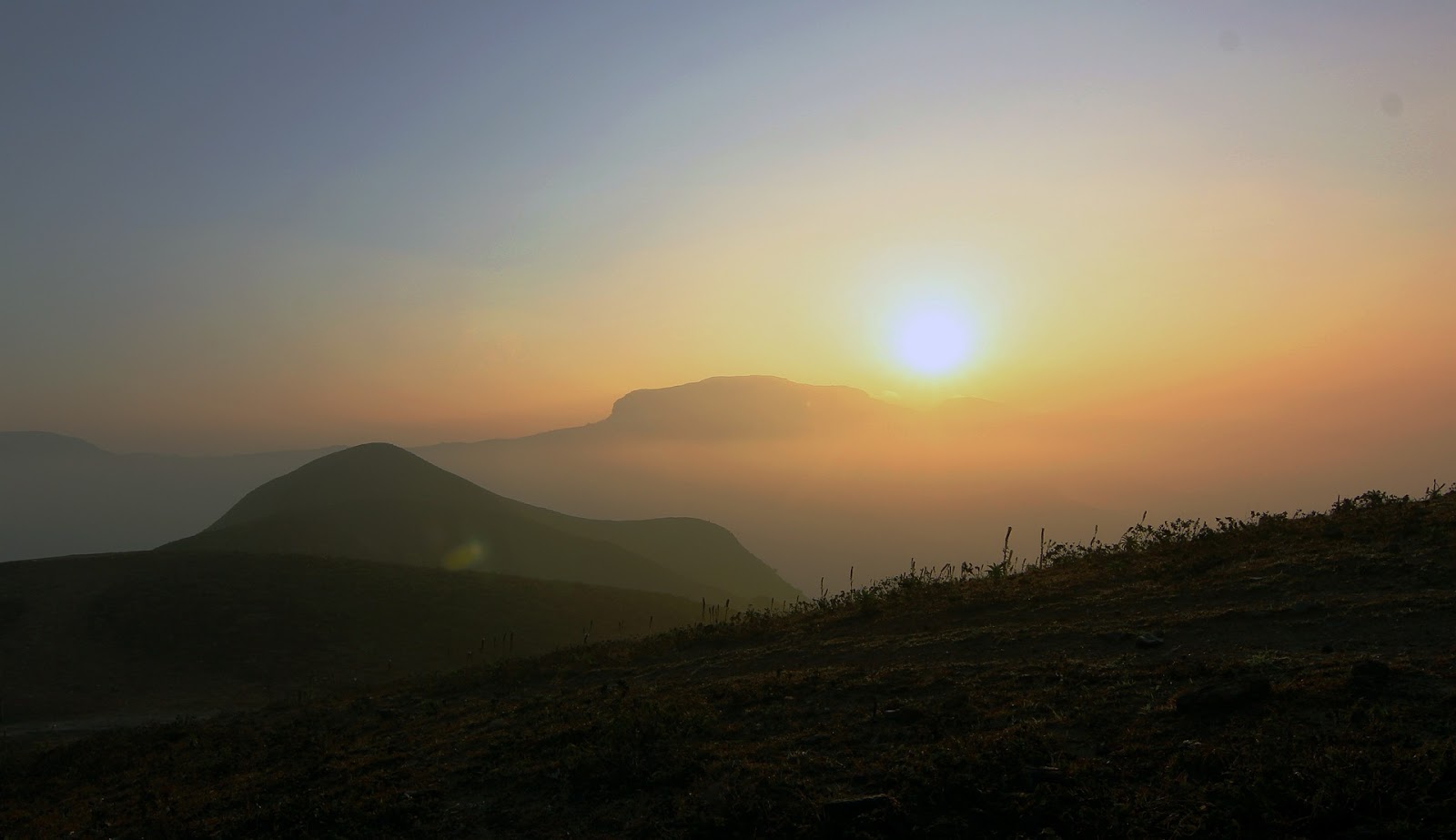 Coorg also known as kodagu which lies in Karnataka district. Coorg is mainly famous for high peaks and coorg is rated as one of the top hill station destinations in India. Coorg is the perfect destination for nature lover.
There is popular coffee producing hill station and its not only popular for its beautiful green hills. It is also stands as a popular tourist destination because of its culture and people

Things to do in coorg 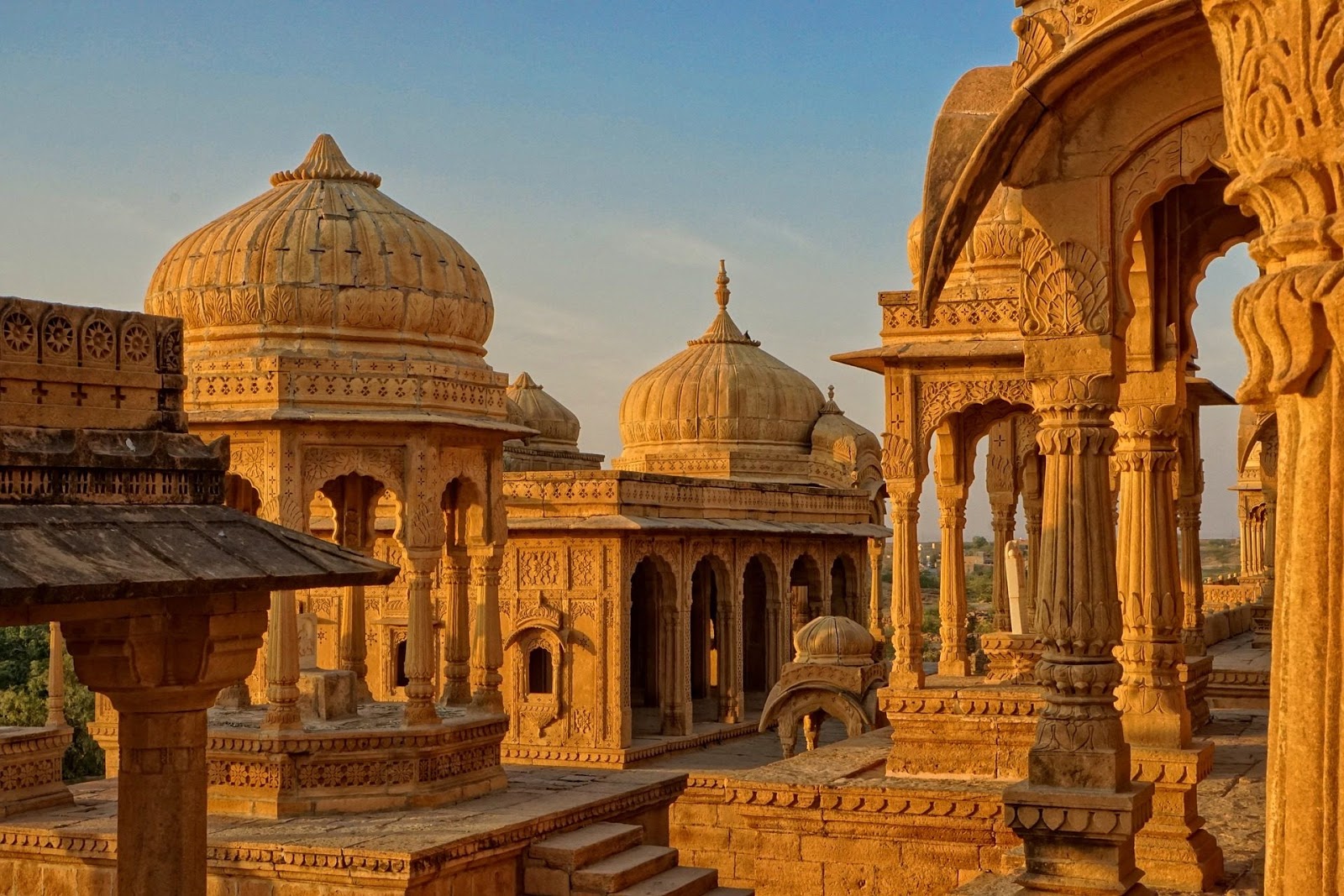 Jaisalmer  which is also known as “The Golden City” which is located in Rajasthan state in jaisalmer district. Jaisalmer is famous for its rich heritage and cultural and havelis are major part of it. it is the ethnic heart of the nomadic desert culture and besides the sand dunes, its famous for its jain temples and the sprawling jaisalmer fort
Official language: Hindi and rajasthani

Best time to visit:  from November to march 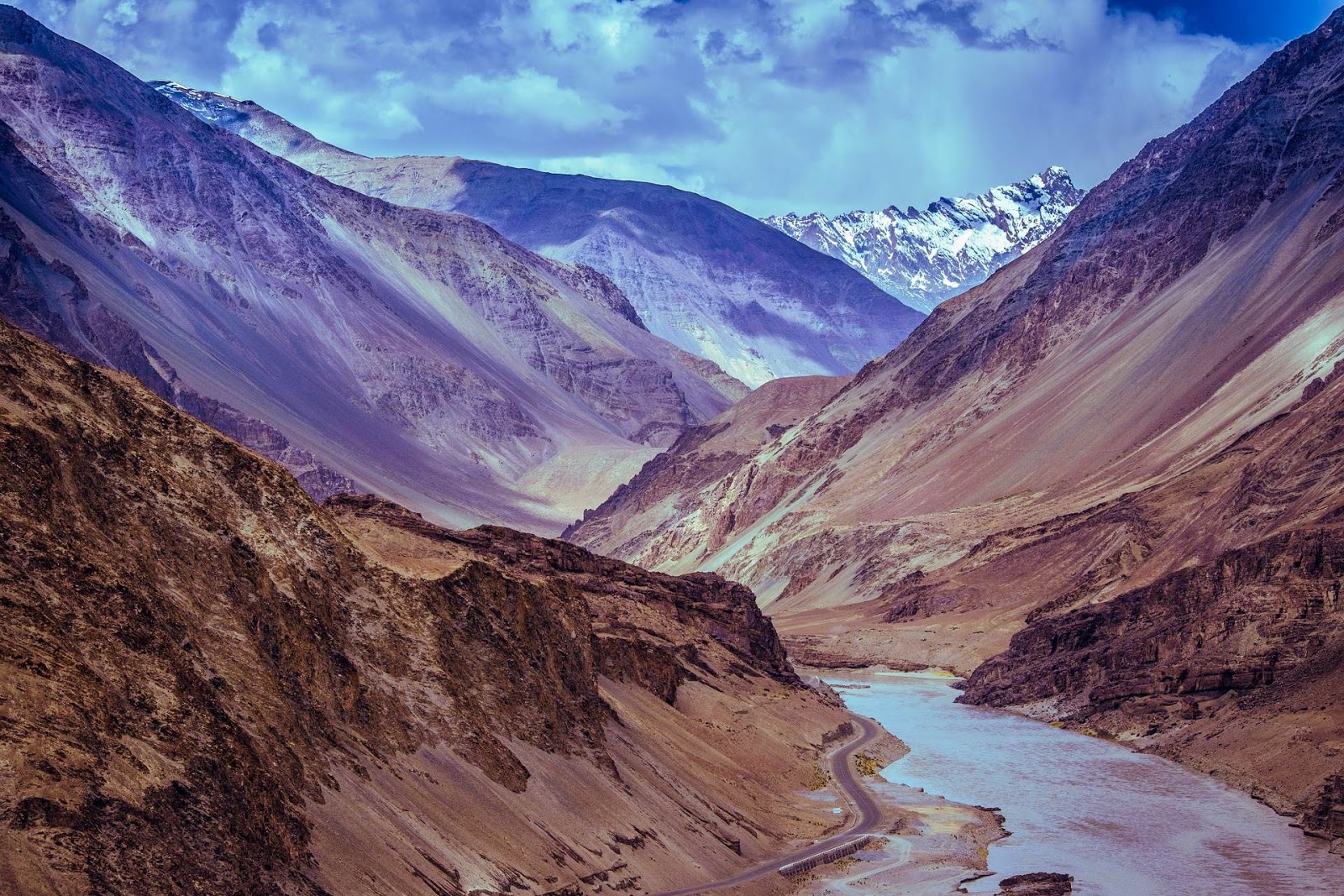 leh- ladakh both are different places. Ladakh is division in jammu and kashmir and Leh is capital of

Ladakh. Leh LAdakh is mainly famous among the bikers paradise its the dream trip for all the bikers.

it is the one of the most popular Tourist places in india  and its maily famous  for its picturization beauty,unique culture, Buddhist monasteries and exciting adventure spots. leh ladakh  administrative capital, is also a tourist heaven with its beautiful surroundings and monasteries, in addition to the wonderful trekking routes.

other language: ladakhi, hindi, english
Attraction of leh ladakh
Best time to visit: June is one of the best time of the year to visit leh by bike or road. If you want to enjoy the snowy roads and mountain in  the route than it is the best time to go for a holiday in Leh ladakh

By train : nearest railway station is Jammu Tawi(approximately 708 km from leh)
By flight : leh ladakh have its own airport “Kushok Bakula Rimpochee”
By road : There are  two Road or highway to reach leh ladakh One is Manali  to Leh highway and second is Srinagar to Leh Highway. The first approach is Srinagar to Leh Highway is mostly open between July and November and this route covers a distance of 440 km. The second approach is Manali to  Leh Highway which is mostly opens from mid-June to early-October and cover around 480 km. 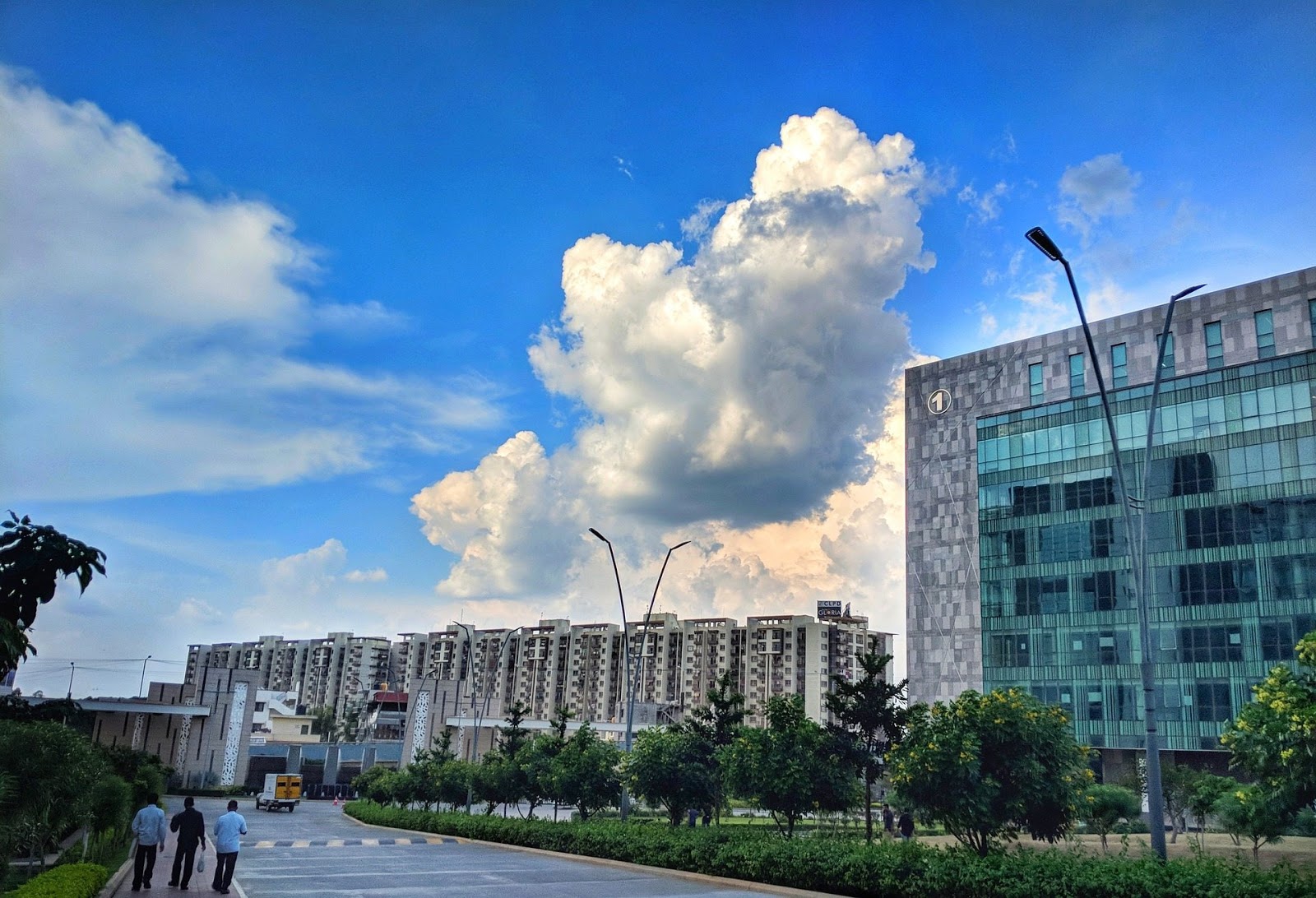 Bangalore which is also known as Bengaluru is the capital of indian southern state Karnataka. Its also

known as the hub of it and the centre of hightech industry. The city is mainly famous for its Night life,parks climate. The local language of bangalore is kannad.

Most people settle here for their startup. The temperature in Bangalore is generally cool because of its elevation of 1000 m above sea level.The temperature does not fluctuate a lot in the year as it is located below the tropic of cancer. Since it is not so near to the sea, its not very.

Best time tovisit: October to February The winter months in Bangalore are the best time to visit
the city March to May While winters are over, the temperature is still pleasant
June to September: Monsoons begin by the end of May and come with mild to heavy rainfall.

How to reach
By train : Bangalore have its own railway station (Krantivira Sangolli Rayanna railway station)which is connected to every part of the country

By flight : Kempegowda International Airport is the main airport of the city which have both international and domestic flight

By Road : Bangalore can also be reached by road from the nearby tourist destinations
like Goa, Mangalore, Coorg and Ooty. The distance from Mangalore to Bangalore by
road is about 352kms whereas from Madikeri it is about 245kms. From Goa to
Bangalore if you want to drive then the distance is approximately 600kms in route
National Highway. if you Drive from Ooty to Bangalore then it is approximately 270 kms in route
Mysore. Thus Bangalore is having a good network of highways that connects the city with other cities in India. 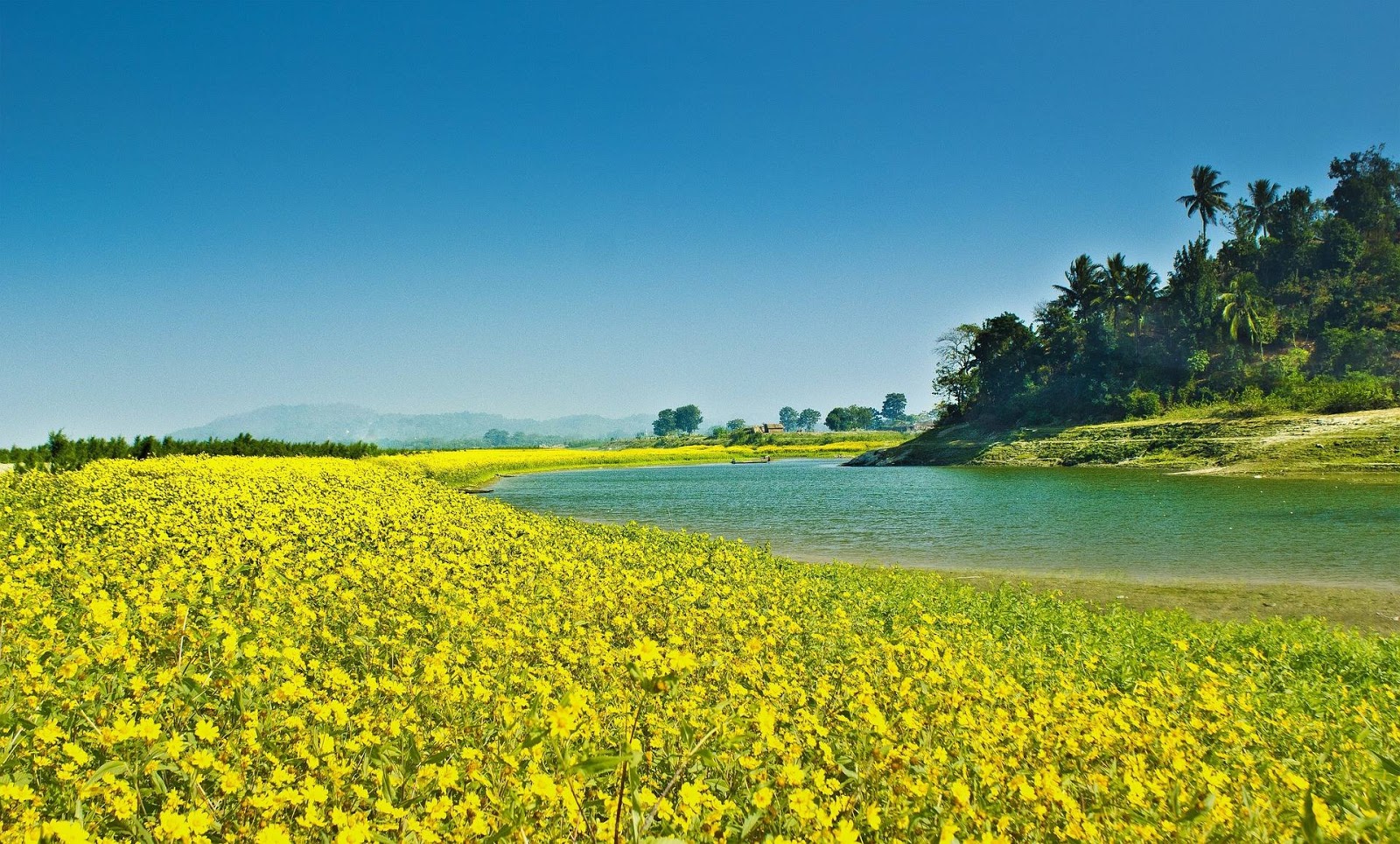 Assam which lies in the Northeast india. The capital of india is Dispur Assam is mainly famous for one horned Rhinoceros and its also famous for Assam tea and assam silk. Assam is full of Brahmaputra river, or thick jungles with the most bizarre wildlife,

Assamis the most charming state in North East India . Assam is known for its handloom industry. And almost every Assamese household in village possesses a machine. which is called as weaving machine

Attraction of Assam:
Best time to visit : During month of winter ( and summer Winter in assam are chinnling and
enjoyable and summer are delightful and refreshing 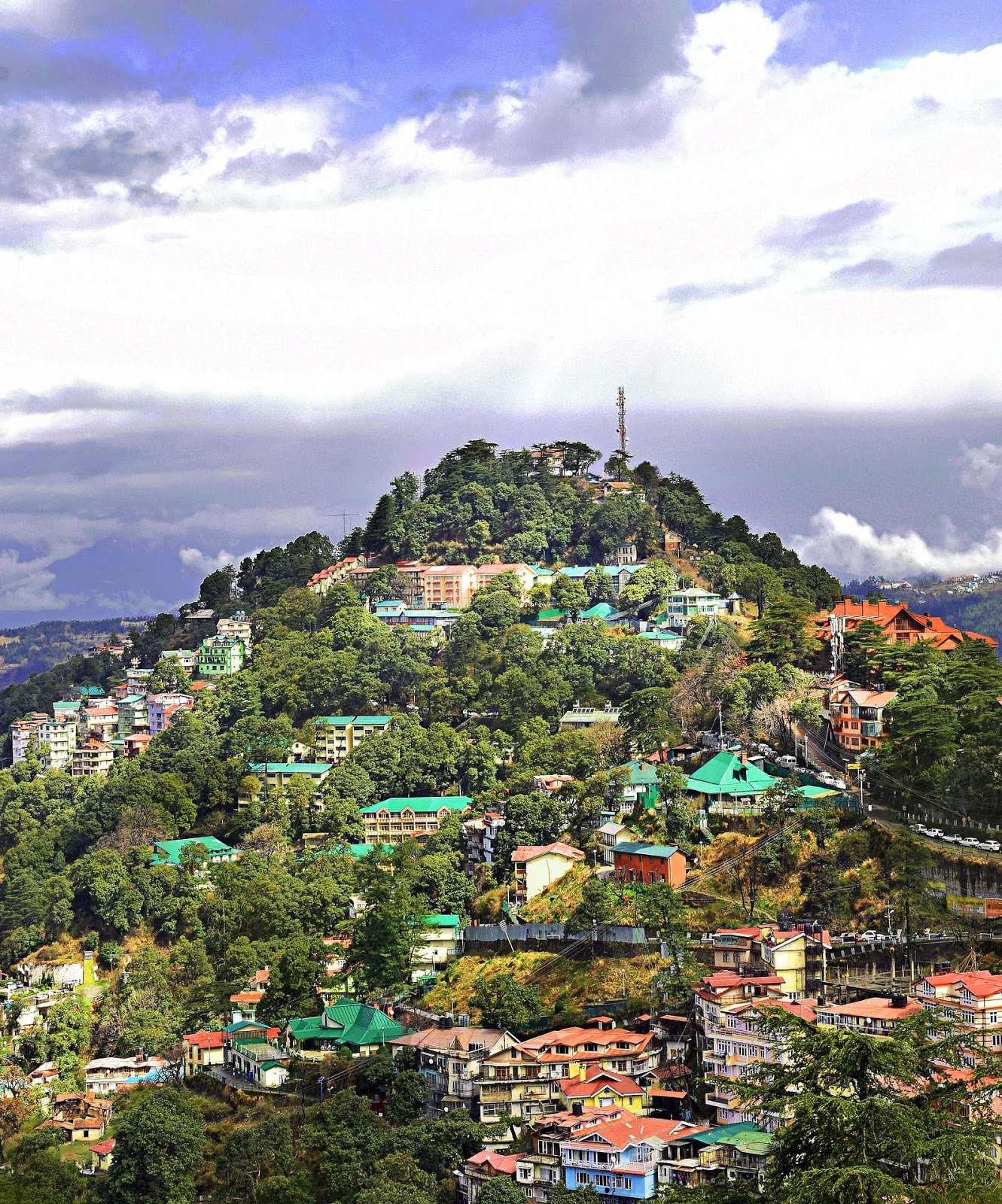 Shimla  which is the capital of Northen indian state Himachal Pradesh. shimla which is also known as  the  “Queens of the Hills”. Shimla is one of the most popular tourist destination and hill station in india for honeymoon destination for the couple  and the adventures place for adventures lover. The state is blessed with natural scenic beauty.

Best time to visit : march to june
How to Reach 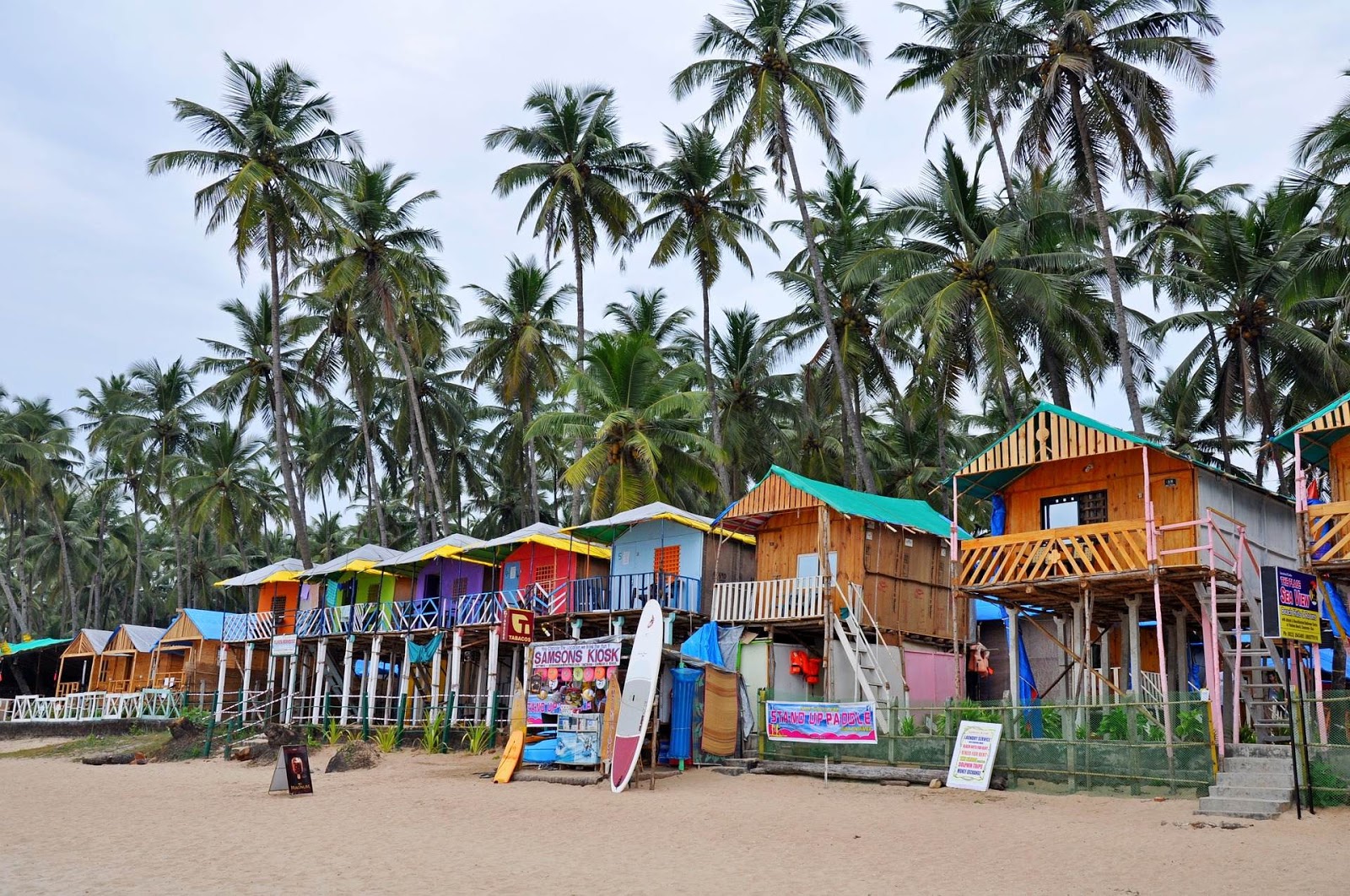 Goa which is also known as party hub or a tourist paradise. The state of Goa is situated on the western coast of India in the coastal belt which is known as Konkan. Goa is mainly famous for its beautiful beaches

By train: reaching Goa by train is quite convenient as there are two main rail heads serving the state

By Flight : Dabolim Airport is a solo airport in Goa which have both national and international Terminal

By Road: There are many transport road cooperation which provide bus facilities from nearby cities to Goa such as mumbai, pune and bangalore. if you are driving  Goa from Bangalore and Mumbai  then you can take NH 4 route, which is extremely smooth and well maintained while those coming from Mangalore can steer their wheels through NH 17. 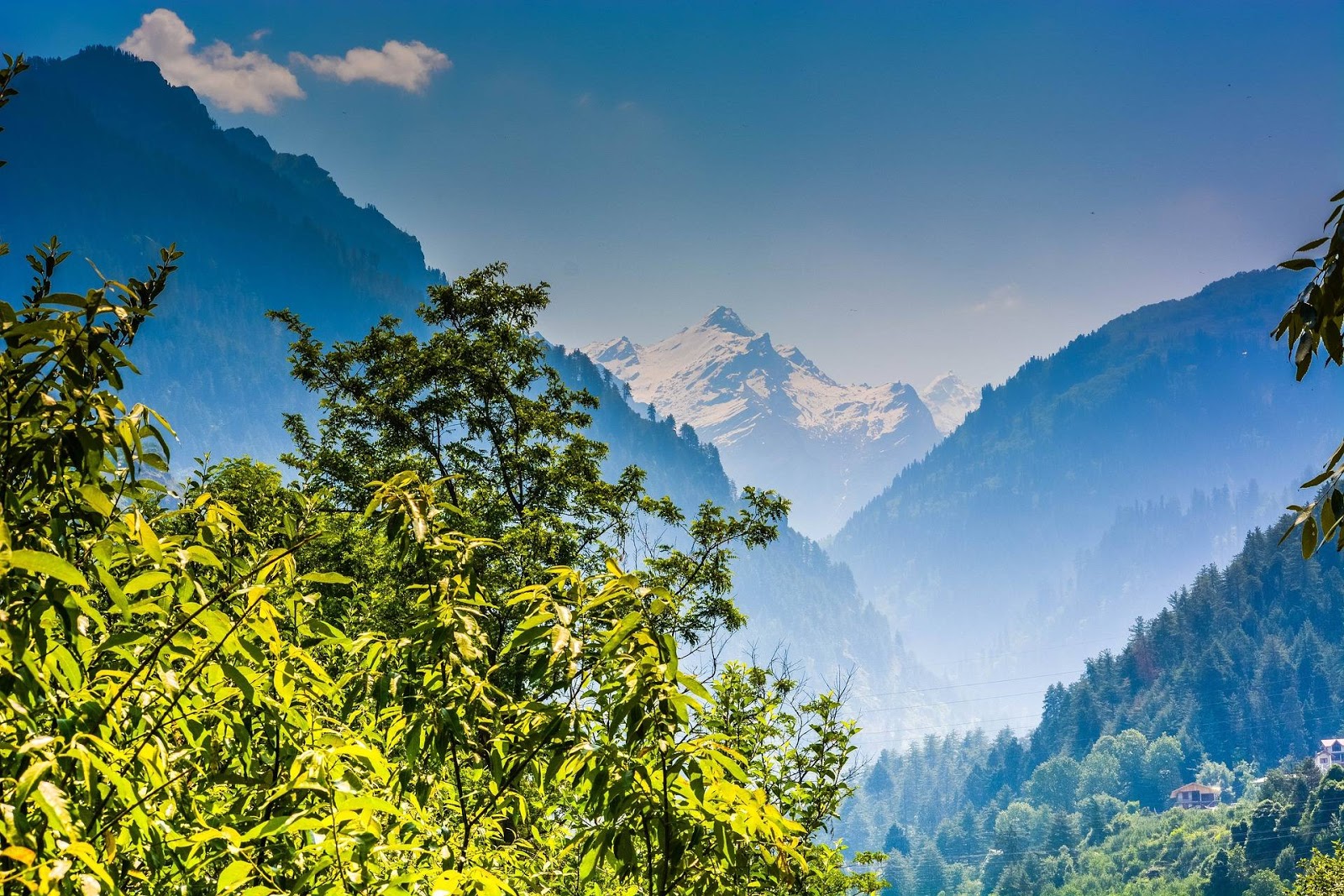 Mcleodganj which lies in the Kangra district of Himachal Pradesh state.it is also known as “little lhasa”because of its large population of tibetans. mcleodganj have famous hill station and a favorite holiday destination for many and it is home to the 14th Dalai Lama after his exile, and a spiritual hub.

It is one of the Best tourist place in india, this place is not just famous for the sights and culture that you can enjoy here.Mcleodganj is known for its monasteries, museums, temples, waterfalls, lakes, and Tibetan settlements 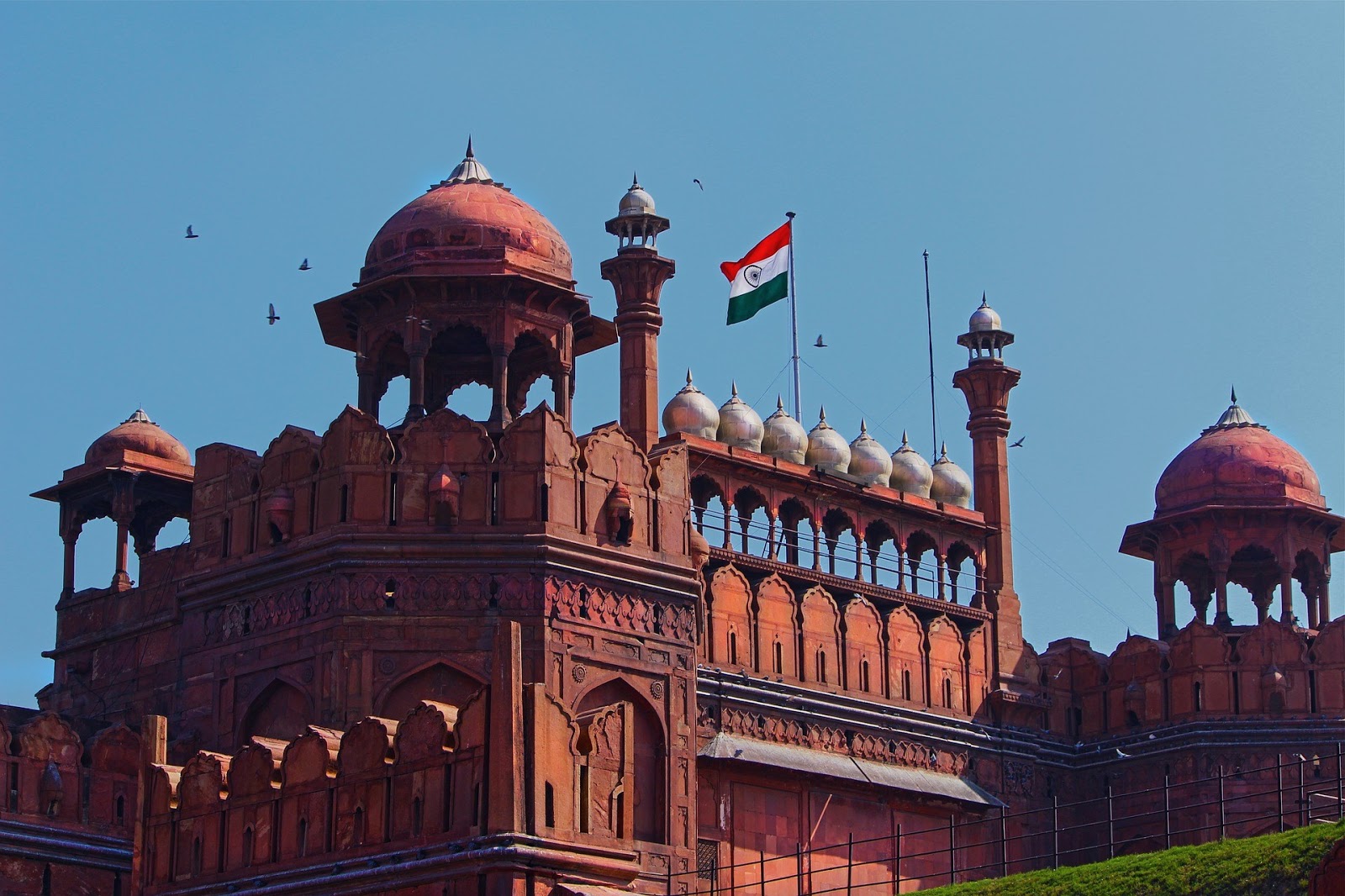 Delhi which serves as the capital of india. Delhi which is also known as the heart of india. it’s the place where people from different state live together with the different culture and tradition. Delhi is one if the Best tourist place in india. Delhi is famous for its attractions,food,and its marketplaces.  its the national capital of the country you can explore Rashtrapati  bhavan, parliament house, India gate and much more places of delhi
Official language : Hindi

Attractions in Delhi:
Best time to visit: october to November and February to march
How to reach
By train : The “The New Delhi Railway Station” situated between Ajmeri Gate and Paharganj is the
main railway station in Delhi which it is connected to different part of cities
By flight : Indira Gandhi International Airport serves as the major international aviation hub of the
Indian state of Delhi as well as India.
By Road: There are regular buses facilities from delhi to other parts of city 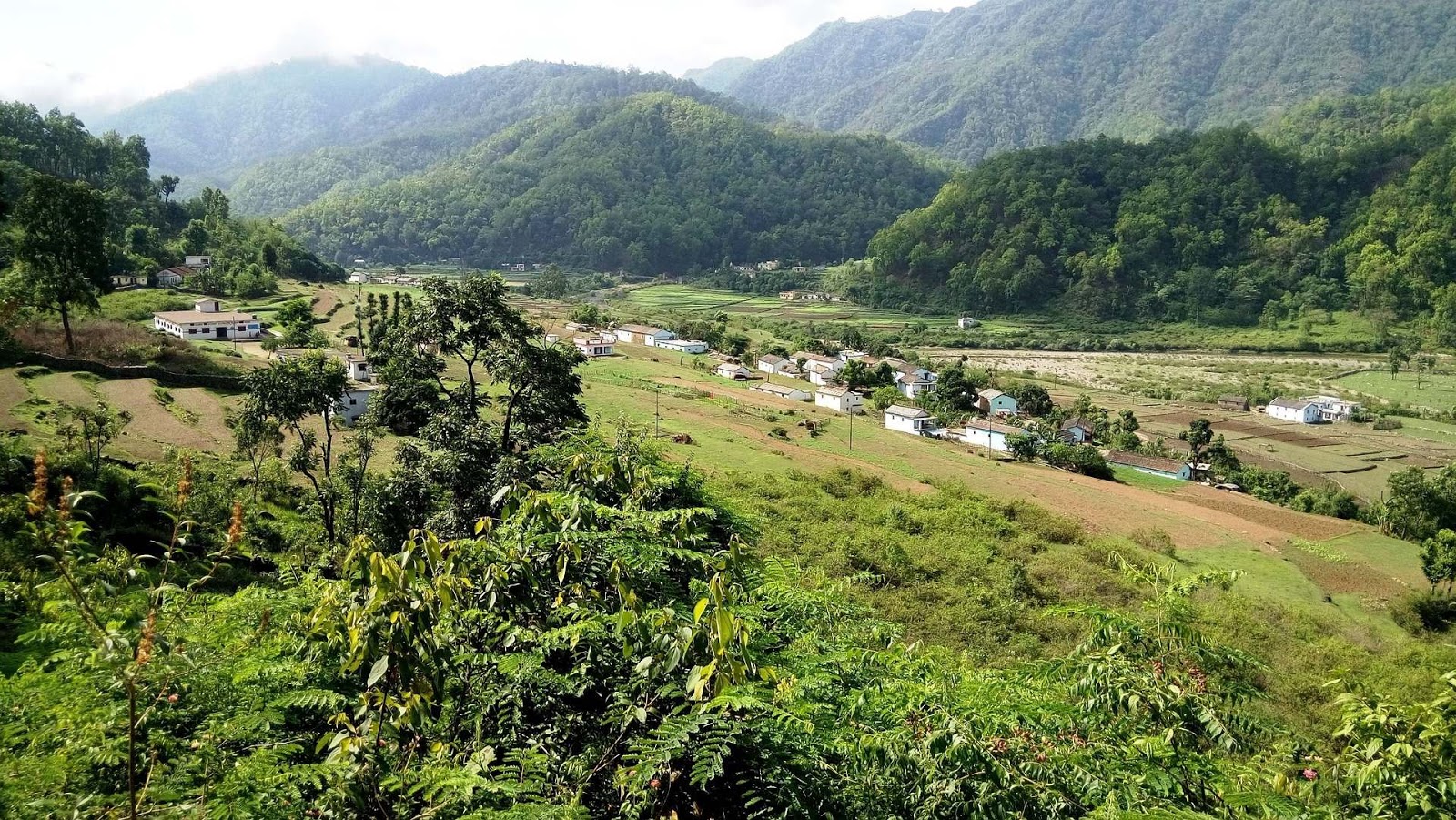 Jim corbett National park is the oldest National park in india which is located in Naini district of
Uttarakhand which is mainly famous for jeep safari, Treks, Waking safari, kalagarh dam and for its fauna like tigers, elephants, deers, sambar, kakaror barking deer, leopard and many more.

Official language: hindi
other language: “Kumaoni” is the language which is mainly spoken by the local resident

Best time to visit: mid of october to mid of june

By Train: Ramnagar is the nearest railway station to jim corbett national park from where direct train runs from delhi.

By Flight: Patanagar Airport is the nearest airport to jim corbett, New delhi is the nearest international airport which is connected to different cities across the globe.

By Road: There are daily buses from Delhi, haridwar etc 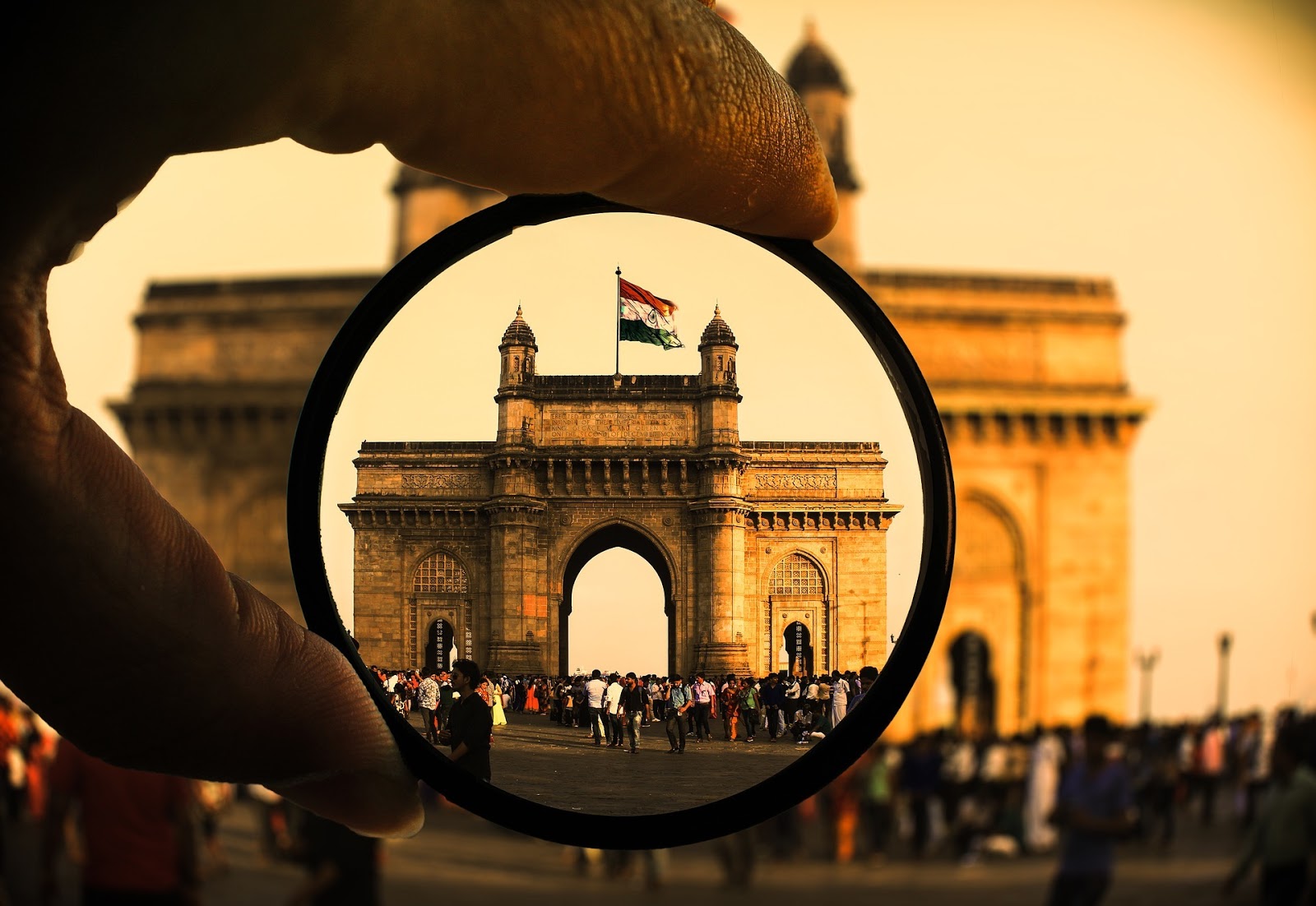 Mumbai which is also known as “city of Dreams” which is located at maharashtra state. Bollywood, nightlife, museums, high-end shopping malls, mumbai has its all.mumbai is dream for all the people, its also known as mayanagri.

Best time to visit:  November to February
How to Reach
By Train: chhatrapati shivaji terminus is the main railway station of mumbai which is directly linked with other cities

By flight: chhatrapati shivaji international airport is the main airport of the city which lies 30km north to the city and it connect both national and international destination

By Road: There are many regular buses from the other city to mumbai 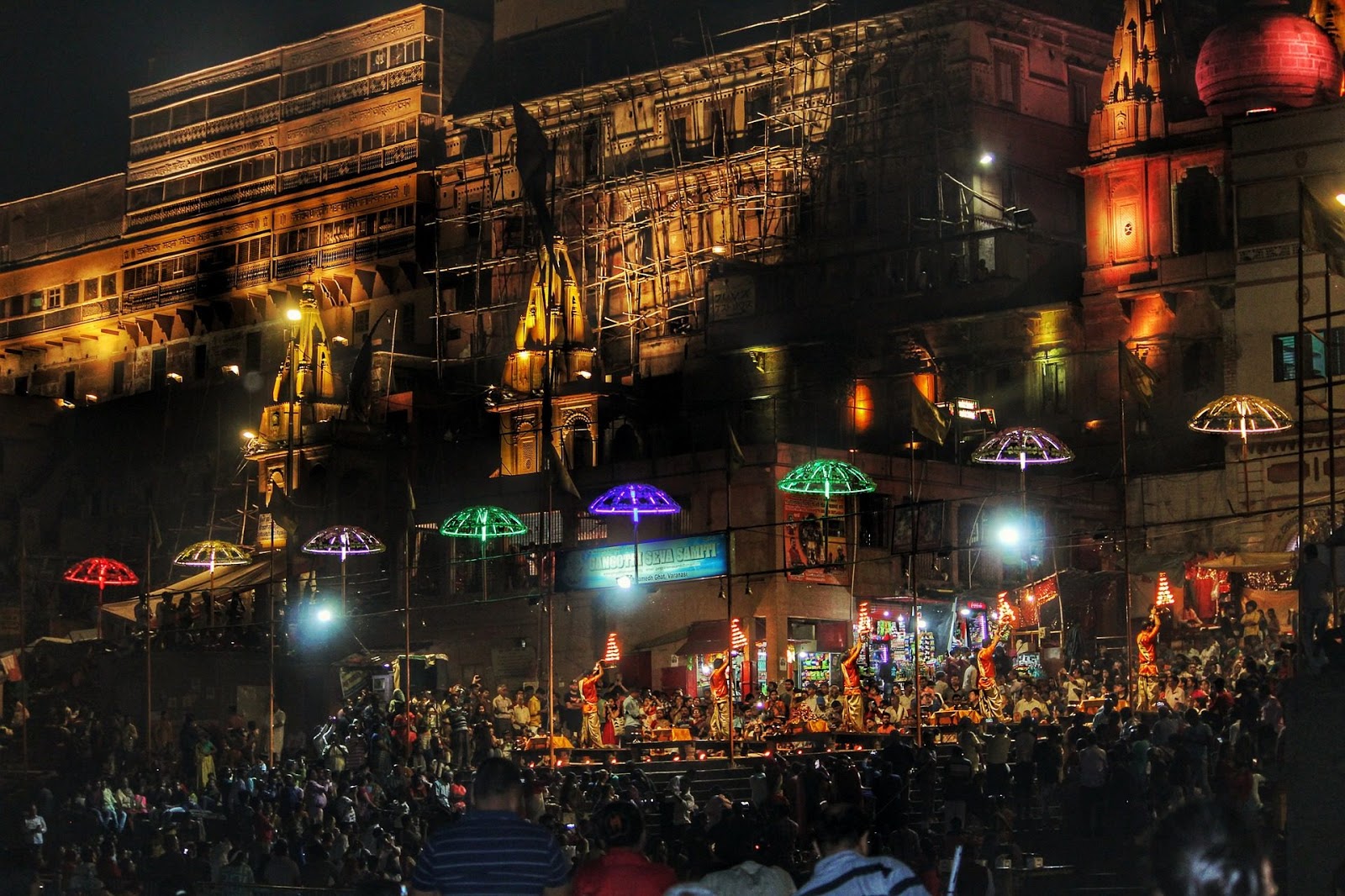 varanashi which is also known as “City of Temple”is located in the uttar pradesh state. varanashi is mainly famous for number of temples,for its muslin and silk fabrics, perfumes and sclupture.it is also known for the kingdom of kashi. this city is full of temple, holy places,every year many number of people visit to bath in Ganga river. varanasi ghat is one of the oldest and holiest  ghat where famous ganga aarti takes place every evening 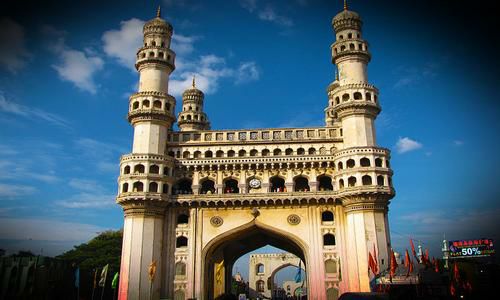 Hyderabad which is also known as ” city of pearls” and the capital of southern india telangana state. hyderabad is famous for its ancient churches, remarkable for its architecture, size and its royal splendour and for its symmetry and the gateway bricks. charminar is hyderabad most famous attraction for laad bazar, chowmahalla palace, taste hyderabadi famous dishes at pista house

By Road: hyderabad as being capital city of telangana state is well connected by road from major cities in telangana, karnatka, tamilnadu, maharastra and many more other