Welcome to mumbai the financial and entertainment capital of india. There are many places to visit in mumbai.this city is next to arabian sea that will show you some beautiful sun set that  you  have ever seen, give you some of the most delicious food that you have ever eaten and  just surprise you by what you can see in every single day in city.

It is one of the best tourist places in india. From tourist prospective this city is divided into two main parts south where you can find marine drive and the north you can find bandra juhu and andehri.  the easiest way to get the best experience of mumbai is to pick either south or north for the day to explore plz don’t try to do mumbai like 1 day becoz you will get frustrated by traffic and tat will probably not give you a good impression of the city


Places to visit in mumbai 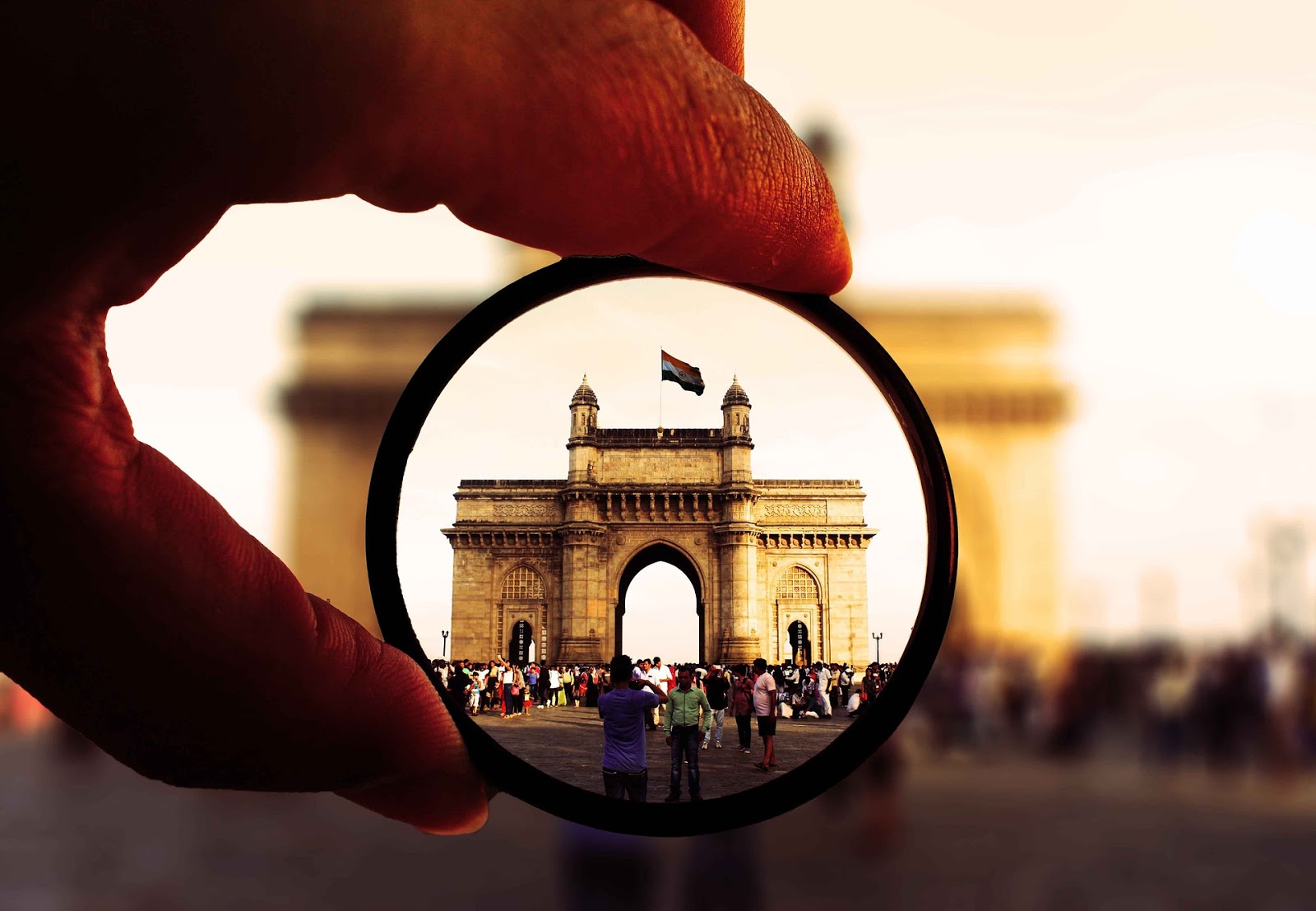 The gateway of india is located on water front at apollo bunder area at the end of Chhatrapati Shivaji Maharaj marg in south mumbai and over look the arabian sea, its buit during 20th century in mumbai , it is moments that marks india chief ports and is a major tourist attraction for visitor  who arrive in india  for the first time.

Its near by tourist attractions are Elephanta caves and taj  mahal palace hotel the gaate way of india is major tourist attraction of mumbai and a popular gathering spot for local street vendors and photographers.. READ MORE 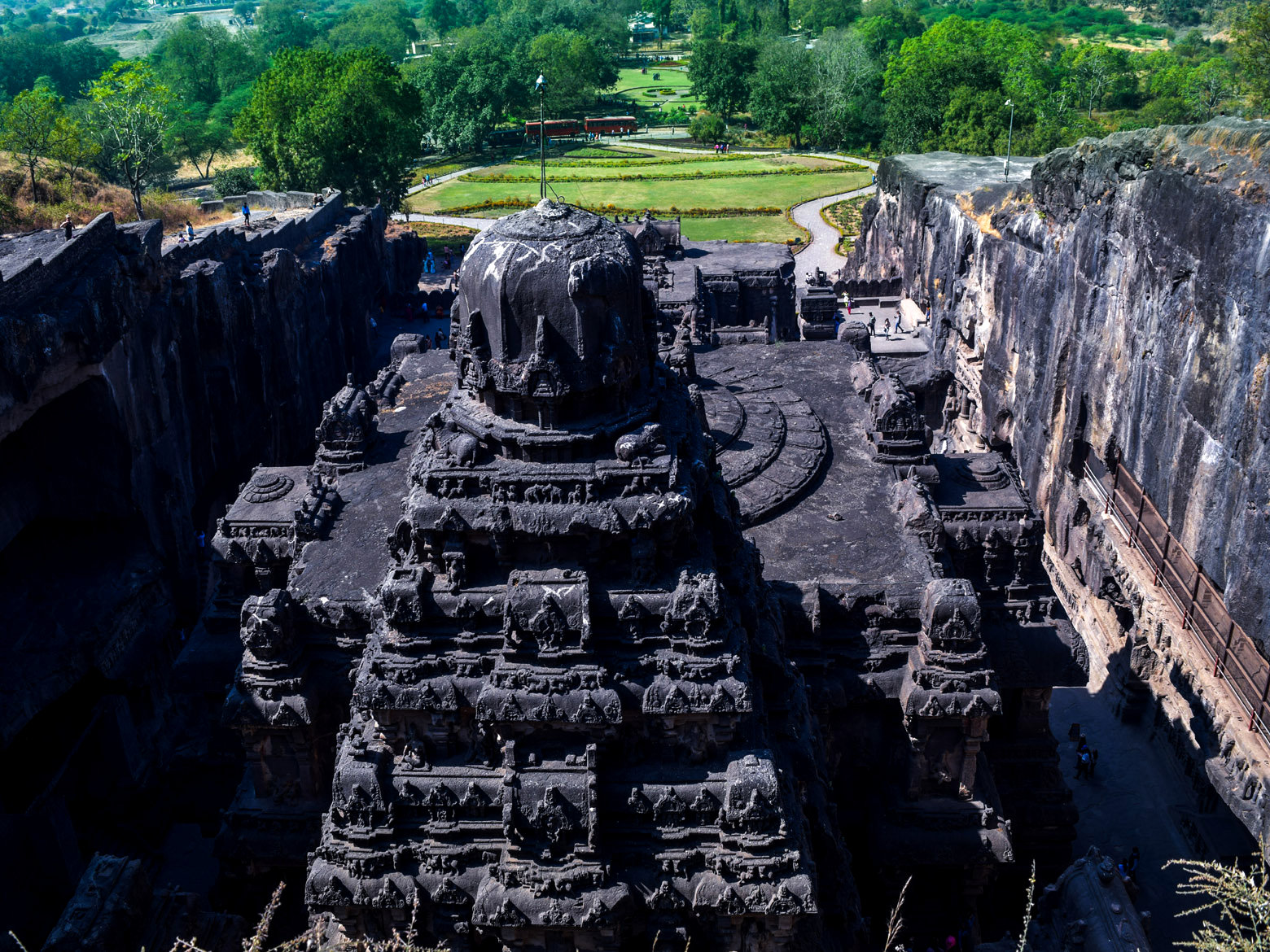 Elephanta caves which is listed as world heritage site dedicated to Lord Shiva  which were built in 5th century  is located on Elephanta Island, or Gharapuri  in Mumbai Harbour, about ten kilometres to the east of the city of Mumbai in the Indian state of Maharashtra.

it consists of five Hindu caves and a few Buddhist stupa mounds that date back to the 2nd century as well as a small group of two Buddhist caves with water tanks.Cave temple Island represent the perfect expression of Indian art.
READ MORE 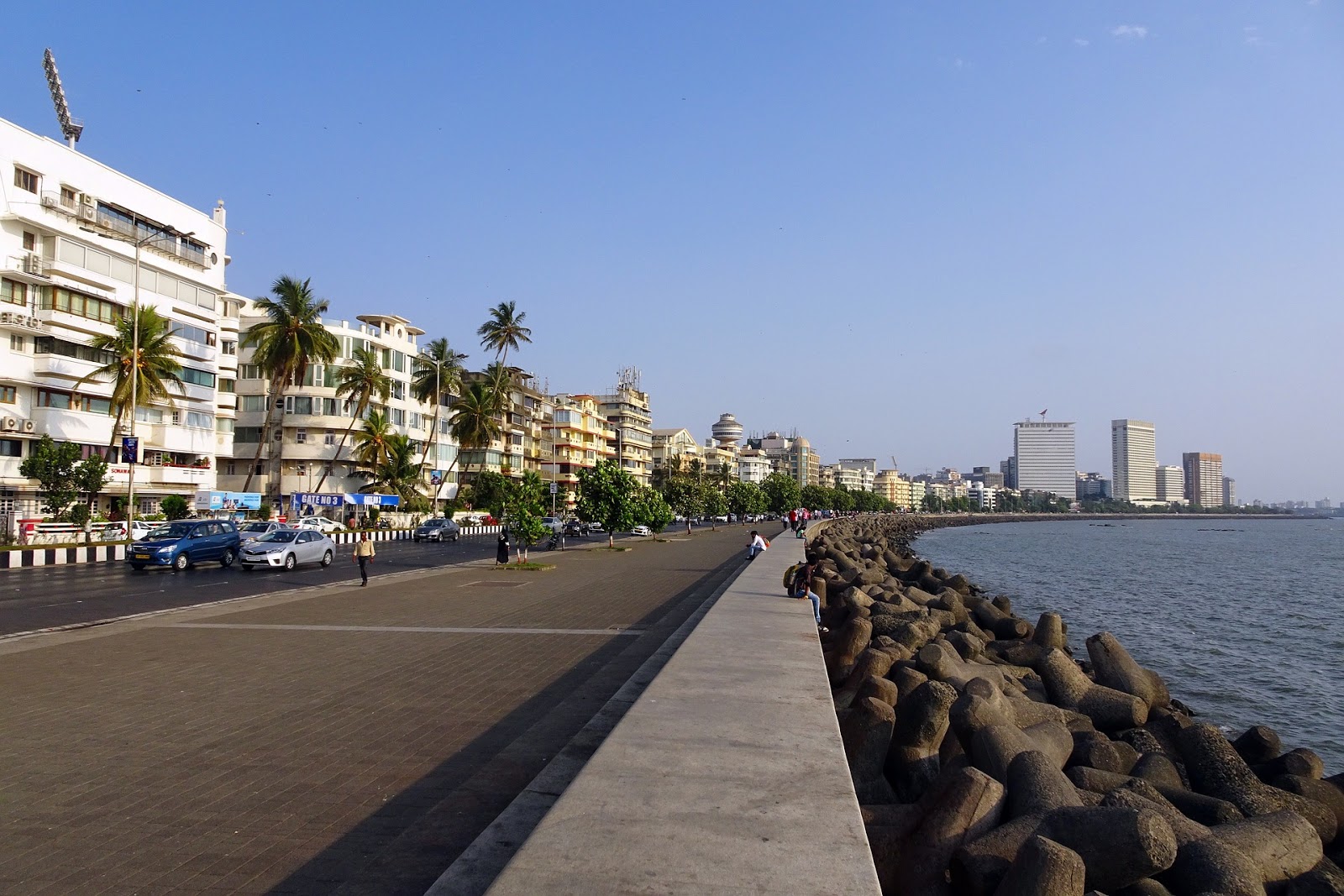 The official name of marine drive   is Netaji Subhash Chandra Bose Road but people mainly know this place as marine drive. The road is lined with palm trees. At the northern side of Marine Drive there is  Chowpatty Beach. It is  popular beach and at every evening people comes here to eat street food like bhel puri .

Take a long evening stride and find yourself getting lost in its impeccable beauty.if you want to taste the real and delicious unique street food  near the walk way then you should have to most visit there.  Many restaurants or the street food  line this stretch of the road.

Marine Drive is also popular among people as the Queen’s Necklace because, when it viewed at night from an elevated point anywhere along the drive, the street lights resemble a string of pearls in a necklace.READ MORE 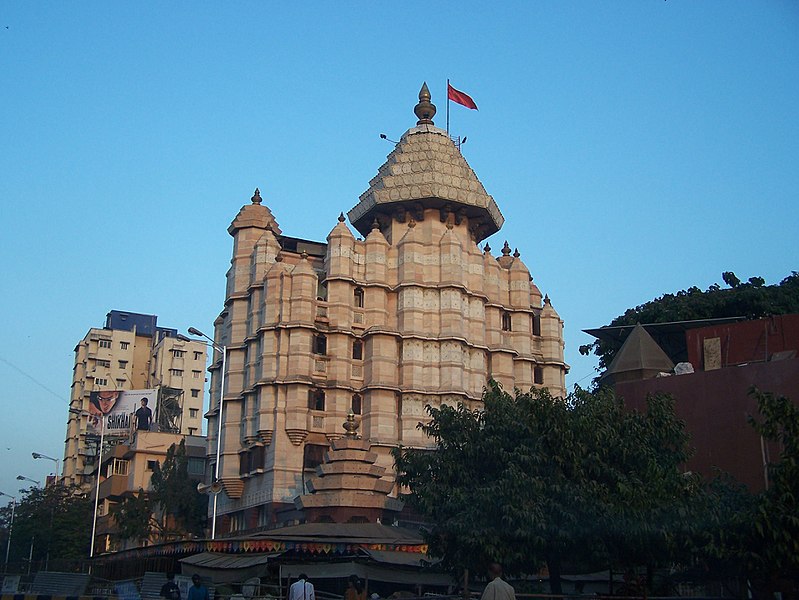 shree Siddhivinayak temple  is one of the most richest temple in mumbai which is dedicated to  Lord Ganesha, its located in  in Prabhadevi, Mumbai, Maharashtra. It was originally built by Laxman Vithu and Deubai Patil on 19 November 1801.

It is one of the most famous temple in mumbai every big celebraties or politician leader comes here to seek the blessing of lord Ganesha. It is a unique six storeyed construction with a golden dome on the top.

Shree Siddhivinayak has an unique feature, the trunk turns to the right which is not often found on Ganesh idols. Being one of the most popular and busiest temples in Mumbai, people often queue up for the Siddhivinayak Live Darshan.

There are two Gates from which people can enter in Temple premises. The Siddhi Gate which allows you a free Darshan where in the Riddhi Gate they will allows you a general Darshan and it takes about 30-45 minutes on a normal day and about 1 to 2 hours on Tuesdays.

The Siddhivinayak Temple have so many facility it also arranges special live darshan for Senior Citizens from age 65 , Mothers with infants in the arms, Physically challenged individuals, NRIs and Foreigners.Read more 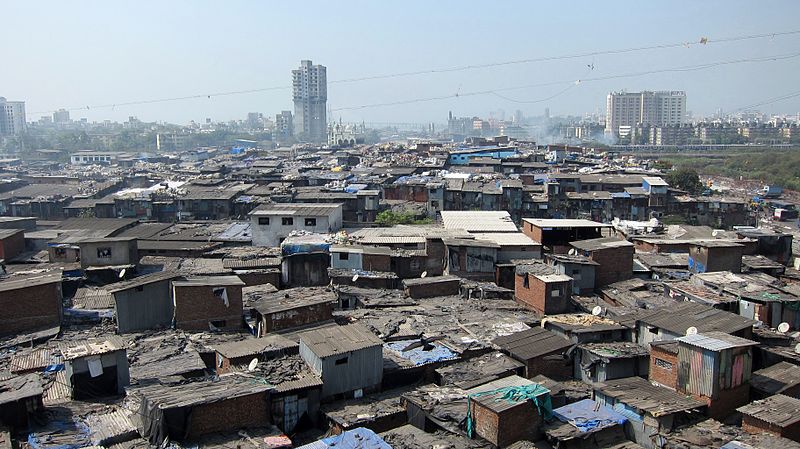 Dharavi homes to millions people is one of the largest slums in the world, located between Mahim and Bandra,  where hundreds people live under one roof. Dharavi has an  total area of just over 2.1 square kilometres and a population of about 720,000.

With a population density of over 277,136/km², Dharavi is one of the most densely populated areas in the world in dharavi people from different religions.lives there and there are numerous of  mosques, temples and churches to serve people of Islam, Hindu and Christian faiths.

The  slum Dharavi was found in the year 1880 by the British under the colonial government the region grew in part because of expulsion of factories and residents. Today Dharavi has an active informal economy and many people in dharavi is engaged in leather market.

Dharavi Leather Market is one of the largest leather markets in India, where people can  shop for genuine leather bags, jackets, wallets and many leathers item. In  2019 the number of tourist visited in dharavi is more than number of people visited to see taj mahal 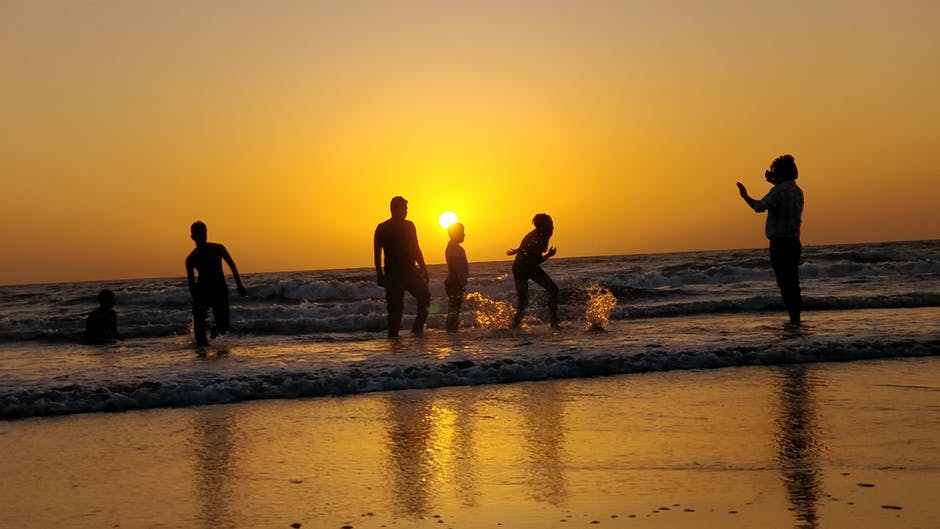 Juhu Beach is located on the shores of the Arabian Sea of mumbai. It stretches for six kilometres up to Versova. juhu beach is a popular tourist attraction throughout the year and many more bollywood films or indian regional movies are being shooted here.

The juhu beach generally gets more crowded on weekends and public holidays because all the local people of mumbai come here to have some good time with their friends or love ones. juhu beach is also famous for its its Mumbai style street food like bhelpuri, pani puri and sevpuri..

The juhu beach is also  the most popular sites in the city for the annual Ganesh Chaturthi celebrations where thousand of people arrive in grand processions, carrying idols of the Lord Ganesh of various sizes, to be immersed in the water at the beach.

The Juhu Beach in Mumbai is one of the most famous Indian beaches. This beach is known to be the one of the most-visited beaches of India and every tourist who visited india comes there to have some good time or to taste mumbai street food.Read more

Thousands of piligrims  from all over the world visit here and all caste people are welcome here. haji ali dargah have separate praying rooms for male and female. Read more 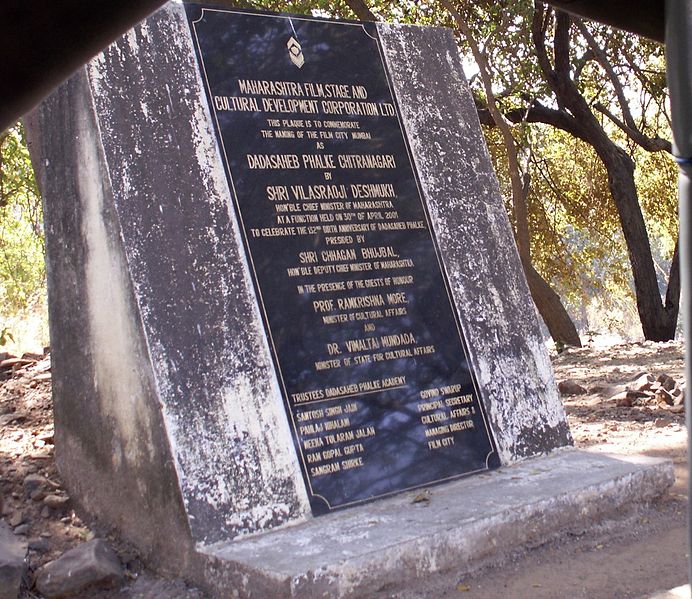 film city  is one of the main attraction of mumbai which is situated near sanjay gandhi national park at goregaon east mumbai where different bollywood movies or hindi reagional movies are shooted here. film city is so big that at a one time more than thousand set can be put simultaneously here.

places to visit in mumbai- full updated details about places to...